Commissioned by the Colorado Springs Pioneers Museum and performed by faculty and students of the Colorado Spring’s Conservatory in the summer of 2006 to commemorate the 200th anniversary of Zebulon Montgomery Pike’s western expedition, during which he explored much of the Southwest including present-day Colorado.

The story begins on April 27, 1813, when the fatally wounded Pike, now 34 years old and a general, is brought back to his flagship after leading an attack on the Canadian city of York (Toronto) during the War of 1812. Sailors and the ship’s doctor enter and exit during the action as they attend to the wounded man’s needs. Lying on a simple ship’s cot, the dying Pike dreams/hallucinates events and people from his past. 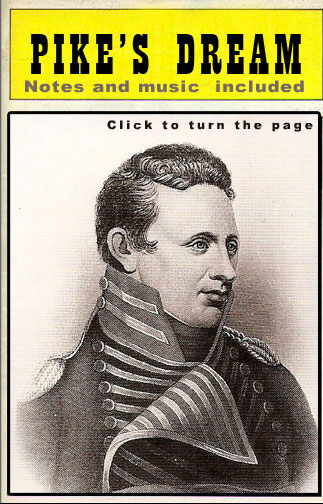