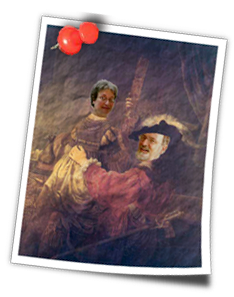 “We’ve all heard that a million monkeys banging on a million typewriters will eventually reproduce the entire works of Shakespeare. Now, thanks to the Internet, we know this is not true.”

–Professor Robert Wilensky of the University of California

At millionmonkeys.us, we’re betting that Prof. Wilensky is wrong. With vision, perseverance and some discreet payments to members of the city’s zoning board, our monkeys are already hard at work.

Our original business plan called for an infinite number of monkeys. However, subsequent analysis indicated that this was impractical. An infinite number of monkeys, for instance, would require infinite quantities of monkey chow – and would produce an infinite amount of some undesirable by-products. Even a million monkeys pose challenges. There’s squabbling and cliquishness that inevitably affects any society. Just as in any company, there are trouble-makers and malcontents. Nor are the limitations solely on the monkeys’ side. What happens when one strays outside our areas of expertise? What looks like gibberish to us may in fact be an elegant solution to the Goldbach Conjecture – but we lack the analytical tools to evaluate it. For that reason, we take a closer look at the monkeys’ output only when it appears to relate to our interests: music and the theater – and especially when those are combined. Of course, we do not expect the monkeys to produce polished manuscripts. Our accomplished editorial and creative staff takes over where the monkeys leave off. A well-turned phrase or an interesting plot twist is often enough to get our own creative juices flowing. Sometimes the inspiration is more indirect: A sheet of paper, hammered for hours with the caps lock on, stained with coffee and smeared with bits of banana, conveys a sense of energy and inspiration that sometimes is as good as the real thing. While we’re not expecting a “Hamlet” or a “Don Giovanni,” our faith in our simian partners has not gone unrewarded. They have already supplied us with several political slogans – “Change That’s Good,” anyone? – scripts for some alternative episodes of “Dukes of Hazzard,” and numerous limericks involving “a gal from Wasilla.” Let the adventure continue! Mark and Lauren Arnest Proprietors